The verdict on China’s recent currency devaluations differs depending on who you listen to. To some, the devaluations are either a positive and responsible step in the direction of a more market-determined exchange rate and a liberalised financial system. To others, they are potentially destructive, beggar-thy-neighbour competitive devaluations intended to prop up declining GDP growth by unfairly boosting exports. 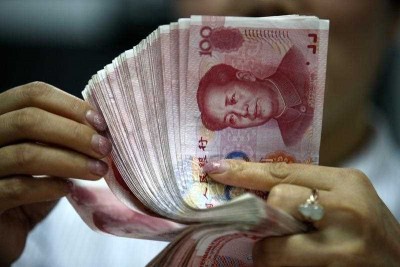 In an effort to separate heat from light, let’s start by being clear on exactly what China has done. Every day the People’s Bank of China establishes a reference rate for the renminbi and allows its value to move up or down from that point within a 2 per cent band. China’s recent move has simply allowed that opening point to be determined to a greater extent by market forces based on the previous day’s trading. It is those market forces that have produced the devaluation. So it could be argued that the Chinese government didn’t devalue the currency at all. It simply opened the door slightly wider to the market, and those market forces were responsible for driving the currency down.

Critics of China who have long pushed China to allow its currency to float more freely (on the assumption that this would result in an export-crimping appreciation) now find themselves in an awkward position. Criticising China for doing what they advocated simply because it produced the opposite result they desired smacks of hypocrisy.

An argument could be made that China’s currency moves are in fact not about trade at all but rather about the broader goals of allowing a more market-driven currency valuation, creating greater openness in the capital account and eventually establishing the renminbi as an international reserve currency.  In essence, China is doing what the International Monetary Fund and many Western governments have long called for. Indeed, even the US Treasury Department — an institution that has not shied away from criticising China’s currency policies in the past — noted that China’s actions were ‘another step in its move to a more market-determined exchange rate’.

On what basis then are some analysts and officials ascribing significantly more nefarious motivations to the recent currency moves? In broad strokes, the argument goes something like this: After more than three decades of stratospheric double digit growth, China’s economy is in trouble. The export-led development model that has propelled China’s growth to this point has just about run out of steam. China’s future growth, and its ability to vault over the much dreaded middle income trap, will be dependent on its ability to navigate the tricky transition away from low-cost exports (enabled by a favourable exchange rate) and towards greater domestic demand-driven growth.

But as this fraught transition unfolds, the argument goes, there are limits to how much economic slowing Chinese officials will tolerate. With weakening exports compounded by anaemic domestic demand and lacklustre factory output — to say nothing of a massive debt overhang from the 2008–09 stimulus — even the comparatively modest growth rate target of 7 per cent is in jeopardy. Chinese policy makers are under increasing pressure to take measures to spark growth.

So — according to this viewpoint — China has dipped back into its ‘old bag of tricks’ and attempted to rev up the export engine one more time in order to give its flagging economy a much needed ‘shot in the arm’.

Of course, given how much the renminbi has appreciated in recent years (more than 30 per cent against the dollar since 2008), it remains to be seen just how much of an export boost will result from the recent devaluations. But given the history, the sensitivities and the extremely thin margins in many export industries, China’s move has rekindled deep-seated suspicions amongst many of its trade partners and ensured that this issue will be a hot topic of discussion when President Barack Obama and President Xi Jinping meet in Washington in late September 2015.

But regardless of the ebb and flow of the two president’s conversation, it seems safe to say that China’s management of its economy will not be tethered to any rigid doctrines. Policy responses will sometimes incline towards greater market orientation and on other occasions (as in the case of the recent heavy-handed stock market interventions) the government will keep a firm hand of the economic tiller. President Xi has made it clear that he views stabilising the economy as the ‘centre of everything’ — full stop. Expect any and all measures, irrespective of doctrine, to be deployed in pursuit of that goal.

So, how are we to interpret the recent currency move? Is it another incremental step in the ongoing process of financial sector reform or a thinly-veiled attempt to unfairly boost exports? Strong arguments are being made on both sides. The real test will come when market forces begin to push the renminbi towards a significant (and export-dampening) appreciation.  Will China allow market sentiment to hold sway or will we see direct or indirect market interventions? Stay tuned.

Yet one thing seems clear. The marching orders for Chinese policy makers are stability above all, reform when suitable and pragmatism always.