More so than any other developing country, China has benefited profoundly from foreign direct investment (FDI), using it as rocket fuel to launch the country’s economic development. It was FDI that provided the technology, managerial know-how and capital needed to propel China from an isolated, poor, agricultural economy in the late 1970s into the industrial export power-house and burgeoning technology player it is today. 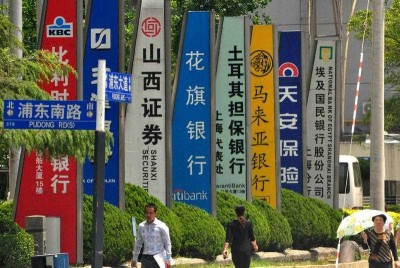 The double-digit growth of the past three decades that has transformed China into the second largest economy in the world was built largely on the back of exports enabled through FDI. At its peak, nearly 60 per cent of these exports were from foreign-invested enterprises, while in the higher value-added technology sector, a whopping 82 per cent of China’s exports were generated by such enterprises.

But it would be a mistake to interpret China’s willingness to accept strategic FDI as an indication of any great level of comfort with the notion of an enduring, conspicuous presence of FDI providers. Quite the contrary: FDI has been seen as an uncomfortable but necessary trade-off, required to bridge a developmental chasm. Having critical sectors of the Chinese economy dominated by foreign interests has not been an easy pill for Chinese policymakers to swallow, especially given the deep-seated historical suspicions of Western commercial intentions that linger to this day. And the dependency, real or perceived, implied by such a heavy reliance on FDI is certainly not viewed as an ideal end game.

As China’s domestic capabilities in an increasing number of sectors have attained world class or near world class status, the FDI environment now appears to be changing. Western FDI providers increasingly report that they are facing a distinctly less welcoming business environment in China, and complain that regulatory regimes are now unfairly targeting Western companies as a means of harassment and coercion. Some have gone so far as to suggest that China is trying to ‘squeeze out’ FDI providers, at least in sectors where capable Chinese competitors have arisen. According to this view, now that China has ‘gotten what it wants’, FDI providers will be unceremoniously shown the door, or at a minimum find it increasingly difficult to conduct business in China.

These allegations have been strenuously rebutted by Chinese officials, who maintain that stricter standards in China are being equally applied to domestic companies, that the withdrawal of previously provided incentives for FDI providers should not be construed as mistreatment, and that in any event, it is perfectly normal that as China’s economy develops, its FDI policies should evolve as well. According to Chinese interlocutors, much of the ‘more difficult’ environment that foreign firms complain about can be attributed to the simple fact that there are now more formidable Chinese competitors in the marketplace. But charges, rebuttals, and counter-charges continue to fly.

This increasing rancour is reason for concern, given the extent to which both sides have profited from their FDI partnership. In addition to the self-evident FDI-fuelled transformation the Chinese economy has experienced, there have also been a variety of spill-over benefits. And from the multinational corporate perspective, the China market now constitutes an increasingly critical share of global profitability. It is unlikely that the American automaker General Motors would have survived the global financial crisis without the revenues generated by its China operations. Scores of other Western corporations share a similar reliance on China.

But now, for the first time since China embarked on its reform process more than three decades ago, FDI in China could be at risk. Surveys indicate that the rate at which multinational corporations plan to increase FDI in China is dropping, as are optimism levels about the market. And perhaps more tellingly, if FDI from Hong Kong (much of which is not actual FDI) is removed from the mix, inward FDI to China actually decreased by 13 per cent in 2014. At the same time, other markets in the region are growing in allure and competing successfully against China. ASEAN recently surpassed China as a destination for FDI.

Given the sheer volume and impact of FDI into China, as well the extent to which China’s policies serve as a model for other developing countries, the FDI experience in China is likely to resonate far beyond its borders. It is essential therefore to get the investment policy regime right in China.

There is little question that China has entered a new chapter in its economic development history, and it would be unrealistic not to expect its FDI and other policies to change in order to reflect these new realities.

But one must be careful not to throw the baby out with the bathwater. China continues to need FDI. To keep it flowing, Chinese officials will need to ensure non-discriminatory application of regulations, greater market openness, and a reasonably level playing field on which foreign firms can compete for profits. For their part, these firms will need to adjust to slowing growth, greater competition, a more rigorous regulatory regime and — at least in some sectors — a diminished need for FDI.

For a variety of reasons, doing business in China is undeniably getting tougher. But for most foreign firms, the potential for considerable rewards remain.

Stephen Olson is a research consultant to the Hinrich Foundation, Hong Kong.