Free trade agreements should happen for the right reason

Typically, countries pursue free trade agreements (FTA) with each other because they share common negotiating objectives and subscribe to broadly similar economic principles.

And based on those commonalities, they see benefit in deepening their trade and investment relationship by taking on a higher degree of mutual commitments within the context of an FTA or regional trade agreement (RTA). 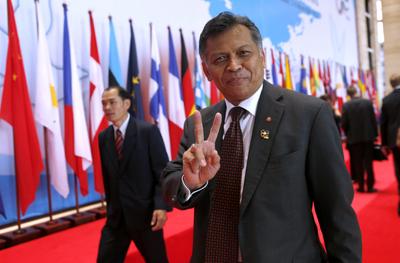 Today, however, more and more countries in Southeast Asia appear to be pursuing or considering FTAs based on an entirely different set of considerations. Trade policy has become increasingly driven not so much by a full-hearted embrace of common principles or the objectives of the trade initiative at hand, but rather by a desire not to be left out or left behind as other ASEAN neighbours move forward with bilateral or regional FTAs.

No country wants to see a neighbour and potential competitor gain enhanced access to one or more key markets, while it is left on the outside. More and more countries are jumping onboard when it comes to FTAs or RTAs, so as not to be left standing on the dock when the ship pulls out.

The Trans-Pacific Partnership (TPP) provides a clear case in point on this dynamic. The ostensible defining purpose of the TPP is to create a ‘higher quality’, 21st century FTA. The TPP is intended as something of a ‘special club’ in which a sub-set of more progressive nations within APEC will agree to tougher commitments in a variety of areas, including intellectual property rights (IPR), investor-state arbitration, and disciplines on state-owned enterprises. As a practical matter, this means going beyond the disciplines contained in the WTO or delving into areas not covered at all by existing WTO protocols.

Singapore, Malaysia, Brunei and Vietnam are already in, Thailand appeared (at least before the current political quagmire) to be on the verge of joining, and Indonesia is said to be considering its participation. But with the possible exception of Singapore, have any of these countries staked out strong positions in support of more stringent IPR protections? Have any of these countries argued that large multinational corporations need to be further empowered to challenge government decisions? Have any sought greater disciplines on the conduct of their state-owned enterprises (SOEs)?

Not only is the answer ‘no’, but in many instances there is fairly strong opposition to these core TPP principles. In Thailand, for example, the prospect of greater levels of IPR protection that might circumscribe access to cheaper generic drugs is deeply unpopular. From the Malaysian perspective, investor–state arbitration appears to be highly problematic. And Vietnam, where a new constitution strengthens the primacy of the state in the economy, is unlikely to be enthusiastic about measures to constrain its SOEs.

So if there is ambivalence — to say the least — towards the primary tenets of the TPP negotiating agenda, why are these countries ‘in’? In simple terms, the answer appears to be: to avoid being left out.

There are problems, however, with such an approach to trade policy. In these cases, trade policy is being conducted with an inherently defensive mindset. The priority is not so much to embrace greater openness for its own merits, but rather to seek inclusion in a particular trade initiative as a means to prevent a neighbouring competitor from securing a degree of market access that you don’t also share in.

This defensive negotiating stance can potentially drag the negotiations towards a lowest common denominator approach, and frustrate efforts to provide meaningful openness, let alone craft truly groundbreaking agreements. After all, from the point of view of many participants, pursuing an aggressive and far-reaching agenda of trade liberalisation is not the primary objective. The primary objective is to maintain a level playing field among neighbouring competitors in terms of access to key markets.

The worst-case scenario in all this is that we end up with an additional layer of trade agreements, which further complicate the trade and investment regulatory environment that ASEAN’s private sector, which is overwhelmingly comprised of small and medium enterprises, must attempt to cope with — but which delivers relatively little bang for buck in terms of actual market liberalisation.